Beating is beating and the pain it causes can't be an act of fake. That's how I felt while taking pictures of Tibetans protest near Chinese Embassy, Kathmandu last Saturday by chance. Many assume these ongoing protests as political dramas. As Olympic fever raises around the globe there has been even more series of Tibetans Protest in Kathmandu. I don't know who's the mastermind behind all these protest and what motivates these Tibetans to face such brutality but the way Nepal security forces handle them is a serious violation of Nepal's international human rights obligations.

It was so disheartening to witness this merciless beating on Tibetans protestors, who were protesting in a peaceful way. Bruised legs and hands, broken bones and blood trickling down from their heads can trouble any heart who supports for peace. One of the protestor was saying to police, 'जत्ती पिट्न मनलाग्छ पिट्नुस्'. (Beat me as much as you can). And security personal were thrashing protestor's legs with a bamboo stick inhumanly.

There must be some strong political motivations and certain conspiracy for those Tibetans to use Nepal's territory in organizing demonstrations. And why Nepal's government is intimated allowing people to carry such peaceful protest? I guess these are burning issues that my level of understanding may not be able to find right answers, but as a supporter of Peace, I object this unfair approach in suppressing protestors voices who simple were chanting slogan, "Free Tibet".

Almost every day Tibetan monks, refugees and supporters gather in front of the Chinese Embassy in Kathmandu to protest China's violent crackdown in Tibet and beating start without mercy. 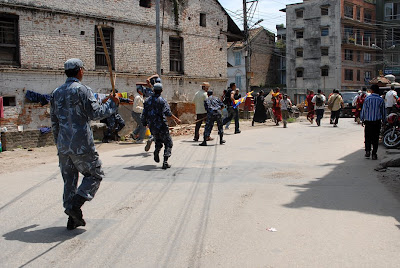 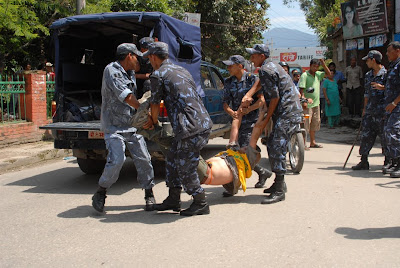 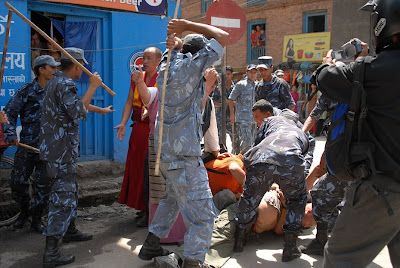 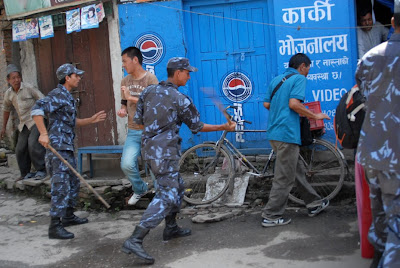 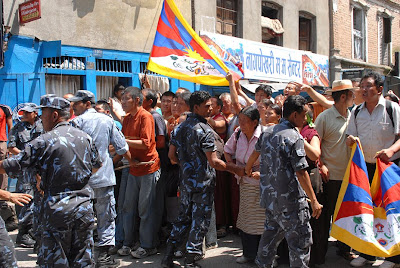 What was thi JItendra. I can see some police brutality being mated out on what seem like innocent and defenceless people?

Thank you Richard for the comment and it's good to see here. Sorry I couldn' post some text earlier to this post as I was in rush. Now I have posted some text which I think will answers to your curiousity.

Your note is really heart touching. At least duty officer should show some mercy some humanity toward those protestors. It was real inhuman behaviour.