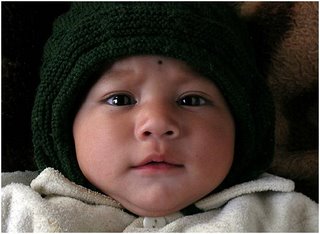 Hey Jiten Mama what are you doing? 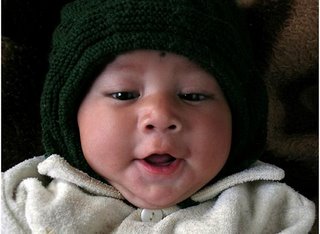 That's the camera . Oooooo I know what you up to. 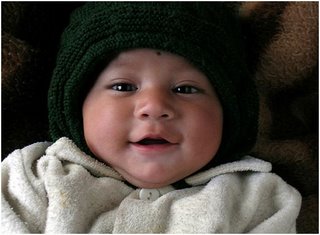 Do I look Cute? 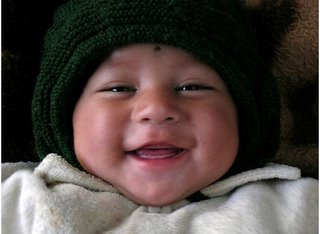 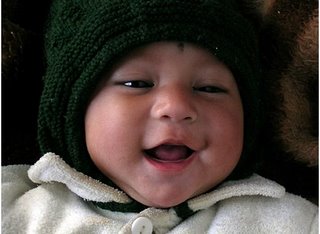 Jiten Mama! Can I have a picture with you ? 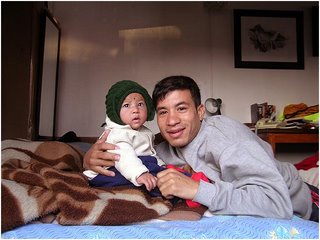 Of course Dear ! Say cheeese.....
I guess I don't have to jot words how those sweet expression of babies can make anybody's day. Hope these pictures of my 5 months old cute cuddy niece Arya make your day.
Posted by Jitu'cha at 2:59 PM 9 comments:

Deepa Got Engaged With Shital

It was a rare excitement to make a beeline for Deepa's Engagement ceremony right after my 6 days trip to Dang, Butwal, Nepalgunj and Kailali. For a moment I had to wrestle hard between Photo Journalist Jiten and a Friend Jiten, to be there and I tell you, switching 'a whole me' to the engagement ceremony from those terror experiences of Maoist affected areas made me feel so strange. Ah! It was not less adrenaline than a riding a roller coaster. Due to this trip, I was worried for not being able to be there on such a special day of Deepa but now I am happy to attend even the ceremony was at tail end. I guess my unexpected presence must have put little extra smiles on her face that day.

I don't know how it feels to be 'ENGAGED' but it was so nice to see Deepa brimming with delight. I am happy for that and thank the Almighty, though I missed clicking tons of pictures. Anyway, Prabhat (one of my trainee) was there to replace me and here I would like to share some pictures he clicked. Let me CONGRATULATE whole heartedly to "Deepa and Shital" for the couple-hood and LOVE they just vowed. 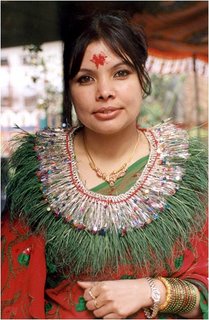 "MERO PANI ENGAGEMENT HAI" (I still don't believe that I got engaged) Well that's how Deepa blabbed looking at her engagement pictures. 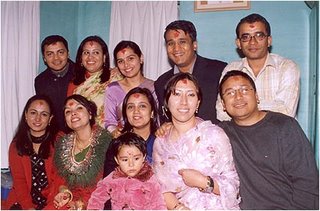 HAPPY TO ENGAGED AND HAPPY TO LOVE: Deepa with the whole bunch of friends. 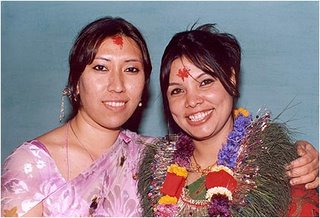 BARSHA's RIGHT: Barsha always seem so fond of being photographed with Deepa. 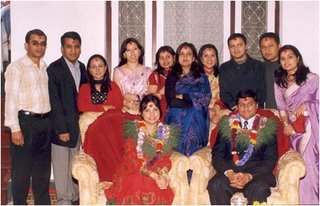 CORDIAL WELCOME: Welcome Shital! not just into Deepa's life, also in our FRIENDSHIP.
Posted by Jitu'cha at 11:41 AM 5 comments:

Because of ongoing tussle between Maoist and the Government security of this capital city Kathmandu has beefed up to maximum point. Frequent security checks at any place at any time have been a usual chore. Forget about your convenience while you anticipate those checking procedure. And yes don't bother to raise any human right issue with these highly civilized men with guns cause you never know what moods they are in. Just a week ago, we nearly ended our confrontation with these disciplined security personal with a big brawl, when they tried to stop us playing football and evacuate that public ground for them to parade. Incident like such are mounting evidences for anyone to assume how loyal they are in protecting citizen's welfare. And obviously the trust and respect for them in the eye of commoner is getting eroded.

It's 26th of February Sunday, thirty minutes past 10 o' clock: Army security personals at the top terrace of recently opened business complex 'Kathmandu Mall' were disallowing people to view on 'Sanik Diwas' (Army Day) programmed being organized by Royal Nepal's Army at 'Tundikhel' (Public ground at the heart of Kathmandu). View from this huge and tall business complex's top is perfect to shoot pictures of the programme so with one of my photojournalist collogue, I went to this complex and approached those security personals revealing our Press identity and ask consent to take pictures. First few moments they were reluctant but later allowed us to shoot pictures, since we were press representative. We've clicked some good pictures of military arms displayed at the programme and that's why we were there for otherwise it is impossible to take photos of those war machines.

Well the day is also 'Maha Shivaratri' (One of the most important Hindu festivals in honour of Lord Shiva) and as always a day for me to scoop around Pashupati Nath temple to take fascinating pictures of Sadus and Yogis (Holy men). During festival tens of thousands of devotees and pilgrims from all over Nepal, India and other parts of the world converge at the Pashupati Nath temple complex. Vast numbers of people from all walks of life as well as providing a kaleidoscope of many different ethnic and tribal races of Nepal and India. Sadhus and Yogies, some covered in ash, some half clad, some entirely nude; their foreheads striated with many different and intriguing designs under many different types of hair-do offers a great insight into this very important religious event. Pilgrims in their distinct and colourful tribal costumes, vendors selling practically everything from Rudraksha beads, vermillion power, nuts to Coca Cola and local sweets make the place a paradise for photographer. The odd foreign tourist and the curious gawkers also form part of this vast collection of humanity. And it's not just me who flock to Pashupati Nath temple on the occasion but many national and international photojournalists too.

It was 2 pm when I reached and seas of people engulfed vicinity of the temple. As the euphoria of Maha Shivaratri takes up the mass, so does the fervor for marijuana. "The wonder drug" I should say and festival is pretty synonym to 'Marijuana day'. Shivaratri is the only day when the intake of marijuana (Ganja in Nepali) is legal in the country and you get to see Jogi bagas openly distributing it to the public, either by selling it for Rs. 20 per cigarette or giving out for free in the name of God. This is another exotic aspect of Shivaratri to observe. You know they consider marijuana as 'Prasad' (blessing) of Lord Shiva. There was strong smell of this wonder drug in the air and it certainly could make any non-smoker feel dizzy. Swarms of people drifting in marijuana high were seen more than pervious year and they could go in length telling in favor of Marijuana. But I know it's just lame excuses to puff the pot. Anyway, happy Shivaratri to all whoever celebrating it in any reason. At about 5 pm, I headed back to home.

My Nokia 7210 kept buzzing several times this day making me hitched to different worlds. It's about 6 pm and I was waiting there at Photo Concern (Photo Studio/Lab) with Prabin to collect blow-up picture of Sangeeta and Prabin, which Prabin secretly plan to hang in their room to surprise Sangeeta. My cell buzzed again and this time it was Ujwol (Friend) who was waiting for us (Friends) to arrive there at Sundhara Nanglo Bakery Cafe' as we planned to have small gathering to celebrate Deepa's (Friend) birthday. Ujwol was asking my whereabouts and what time am I joining him. After half an hour we joined them. Deepa was already there with Ujwol. We greeted this birthday girl with a hug and good wishes. Later Barsha, Rajan, Prakash, all joined us and we had a nice time.

It was almost half past 10 pm when I plunged into my cosy bed with Manjushree Thapa's book 'Forget Kathmandu". Just after a few flips I got landed to another world ...... DREAMING. 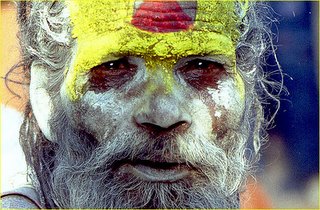 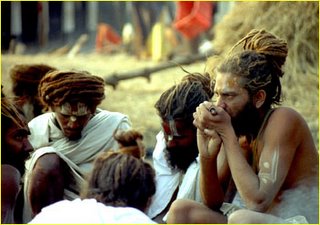