As Heineken (beer) slowly chilled down the throats; debate on marriage began to get hot. There were three participants: one and half years old married guy and soon going to be a young papa, next was single committed to relationship having liberal thoughts on marriage, and third one is a morally decent guy who has a different outlook on marriage. Marriage itself is not a provocative issue but scrutiny; these participants have made it debatable. Since all of them are in their early 30s, marriage frequently becomes their "HOT" agenda.

Human are social creature and they have obvious inclination toward rituals that exist in the society they dwell. Every society has its own traditional belief about marriage. And not opposing its norms and values here I have one carefully picked view that surfaced during that that informal debate which I think would be interesting to share with you all. Before you go graze my words, let me make it clear that you have every right to disagree these views.

How truly we believe this fact that, 'Getting ready mentally to tie nuptial knot is more important then age and social attributes. Individual's choice should be the most significant factor in making decision'. But guess what the custom we practice is pretty opposite and you can't rebel. Even if you do, it still is a long way to bring change. Marriage simply is beyond how you plan and what you do. Not to forget, lots of other circumstances have to meet at certain wavelength before a wedding bell chime.

"Eligible bachelor" is a tough tag to maintain, especially when your mum wishes to have some toddler around. And yes don't bother yourself to convince her. Still the intensity of family pressure is very high when it comes to make decision about marriage. And because of this many not succeed to fulfill their fondest wish. Most people enter marriage with achieving happiness in mind. Even families think the marriage will make them happy and make them prosperous. And many couple ties the nuptial knot every year with rosy dreams of living happily ever after. But I wonder how many actually manage to catch the rainbow? I guess it's very important to answer and regard marriage in new way.

About participants: (name withheld)
Mr. X: Before getting his nuptial knot this married guy used to carry a different philosophy on marriage and he had no slightest clue that some fine day, he would meet his Princess charming in a Birthday party. Those sequences were so dramatic for us to see getting unfolded in his life. Now he proudly flaunts his married status and leaves no room to tell all the legendary status of married life. It sure is a happy ending story.

Mr. Y: You won't regret labeling him exceptionally different in the horde. You can sense it the minute you start to be with him. His ways of thinking is highly contradict in present scenario and he seem so daunting not to get staggered in his vows he practices in his day-to-day life. Of course, he has many ways of being romantic but problem with him is that he never thinks this romantic. If I would make a list of 50 things to do before I die, number one in the list would be, to witness his marriage. I secretly believe that there is always someone for somebody.

Mr. Z: Marriage is a big box full of surprises yet to unwrap. Sometime he feels it's a sweet price to pay and maintain a happy marriage but these choices will unquestionably enhance relationship. Actually getting married is just formally recognizing something that have happened which will induce to take new responsibilities into his live, old activities will gets different meaning, self-concepts and priorities will be recast. Real consequences of becoming a husband and father. 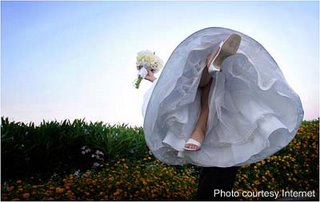 Hey Jiten Dai,
Thats an Interesting debate.We girls also talk a lot in these issue and come up with varieties of perspectives. I personnaly believe "Marriage is a special bond in life". No matter how or by when u get into it, but the important part is that "How u value it".Its solely you to make it a delicious nut or a tangled knot.

However,It seems like Jiten dai is going to gather a lots of ideas on this topic before he decides to get into it... haina ra?SO JITEN DAI WHEN DO U PLAN TIE YOUR NUPTIAL KNOT??

Very Soon! Ha..
and of course, there are so many things I'm planning to do for such a special moment of my life. So I'm gearing up.

It has been so long that I did not check your blog. Today I got little time and surfed it. I found my brother is no more little and you should not be too :)

I just want to add up little on the perception of Marriage. It is really wonderful thing to get married. When you are unmarried you dream a lot good things about marriage and the relationship. But in real life it is not exactly how and what you dream. When we dream we don't count so many things that our society, our values, our tradition deep rooted into the system, we see only the ideal situation. And in real life you have to face all those unplanned, unforeseen things.

When one get married he or she connects with many relationships and every relationship has their own expectation. You just need to careful on it. If you fail to handle it then things will not be same again as you dream.

I may sound negative but be sure I am not. I just want to share what I think valuable. I know my brother will tackle every ups and downs of the journey of life and will definately catch that beautiful "RAINBOW".
Good luck
Surya

Dearest Surya di,
So, nice to have such an essential piece of advice on marriage and dream. Of course, life ahead for me is full of challenges to brave with and make many good things happens. Trust me I won't let you feel down.
With love,
Jiten.