The tower clock across the block has just hit 3:30 in the dead of night, and the denizens of city are cuddled up in their warm beds. But not Rudra. His day begins just before the crack of dawn. He is getting ready to start serving the piping hot cup of tea from 4 am. 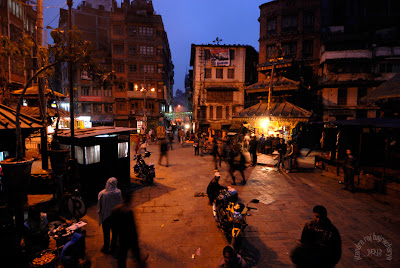 Rudra, who is Mailadai to many, is following this schedule since the past 11 years. His tea stall, which is adjacent to Annapurna Ajima Temple at Ason Chowk, is a hallmark of quality cup of tea. 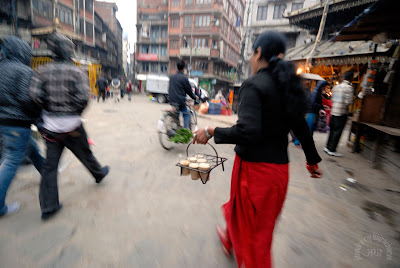 Needless to say his tea stall is literally swarmed by customers, with nearly all of them being well to do shop owners and traders of Ason. Maiya, his wife, can be seen delivering orders near and far. 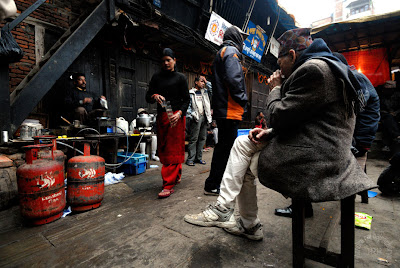 The fare comprises black tea, lemon tea, masala tea and of course the usual milk tea. But one thing about the tea he serves is that it has the distinct taste. The fact that Rudra attracts customers from as far as Kavre and Banepa only substantiates the fact that he adds definite value to the commodity. 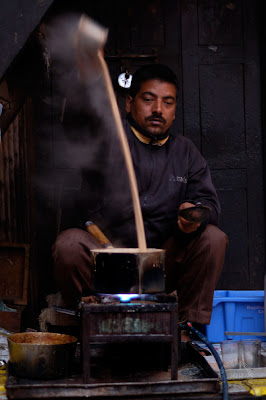 No wonder that the small stall is doing a roaring business at 1000 cups a day, with record being 1300 on his day. What is central to his tea stall is anyone who comes once makes it a point to return some day. Many are said to be starting their day saying, “ I will have tea at Rudra’s”. 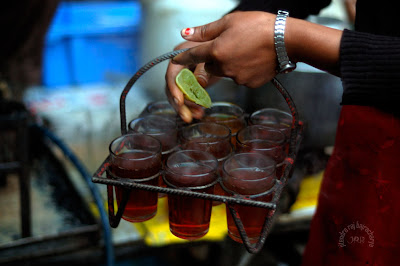 His story goes back to many “ups” and “downs” of life before he decided to carve out his place on Ason street corner, literally. “Coincidentally, a certain Sita Didi had lent him Rs.1000 when he talked of setting up tea stall. Today he owns a good plot of land at Bhakatapur out of earning he made from his tea stall. 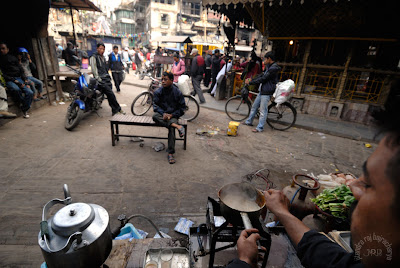 The beginning was unimpressive with only few customers coming his way. But he has taken big strides by the next 20 days. He says that the sale was “geometric”, whatever that means. He has not looked back ever since and lives with his wife, and a son. 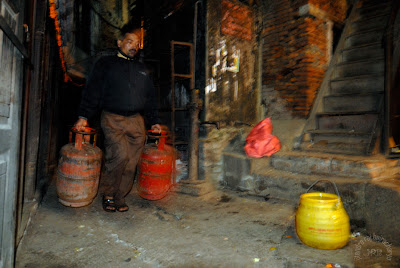 His next job was at Putali Sadak and fetched him Rs.60 per month for the next four years. Rudra was wedded to Maiya while still minors, he, 12, and, she 9. Birat, their son, came 9 years hence. Now he is 17 and certainly at the climacteric phase of his life. One doubts the couple knows about it. 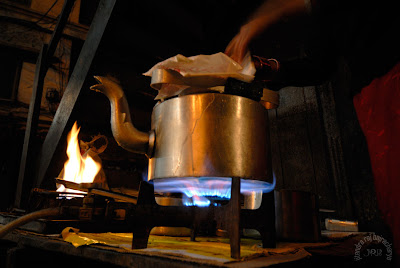 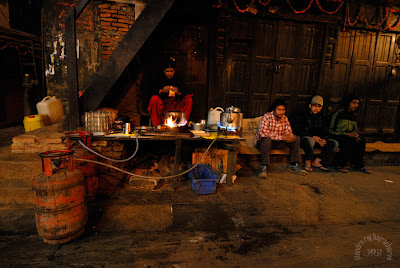 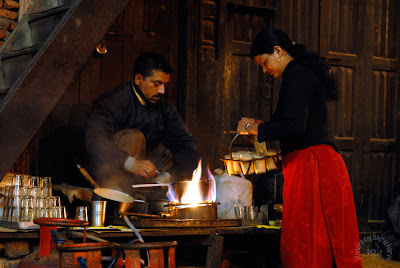 Someone who hails from Kavre, Rudra has only attended adult literacy classes. His wife too never went to school. But here is a punch to the tale: Rudra had come on to Kathmandu at the age of 6. He started as a dishwasher at his uncle’s tea stall at Bansbari. He has left the place after he was beaten up for “no reason” at all by his cousin. 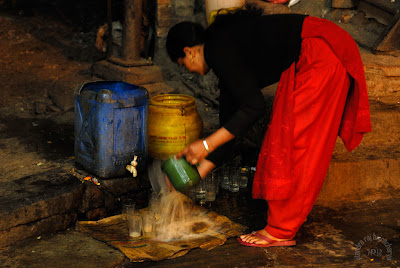 This family of three is living happily today. Thanks to the consistent struggle of this couple, who can be a big answer to many who dream of migrating abroad for better life.
Posted by Jitu'cha at 7:43 PM

will sure taste his Tea when i go there saturday....

Kudos to you Jiten dai. Indeed, i totally agree with ur concluding sentence "Thanks to the consistent struggle of this couple, who can be a big answer to many who dream of migrating abroad for better life". Cheers!

Thanks for the ideas. There's always something new to learn and improve on in this mad internet world. Uptiming is surely something to keep an eye on.