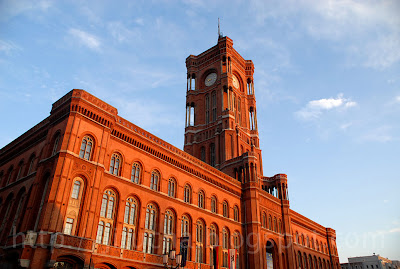 After dinner I went to Alexanderplatz with Ramesh and Lalit. It is a nice large open square and been to there before with Angelika(from IIJB) for a brief moment. It is one busiest public transport hub of Berlin and always in hustle bustle mode. It is located near the Spree river and the Berliner Dom. It takes about 35 minutes train ride from Hoppegarten. Alexanderplatz is also know as simply Alex.

It was once a cattle market and it was named in honour of a visit of the Russian Emperor Alexander first to Berlin on 25 October 1805. Later it gained a prominent role in the late 19th century with the construction of the station of the same name and a nearby public market, becoming a major commercial centre. One can buy all sort of good here.

It is surrounded by several notable structures including the Fernsehturm (TV Tower), the second tallest structure in Europe. We had to pay 8 Euro and 50 cent for the tickets to go to the tower from where we saw magnificient view of Berlin. There is a revolving resturant in the upper part of the tower and lower part is for public viewing which also has one small bar. Of course, I have taken lots of pictues from the tower and will share you soon. Because of its high profile, many newcomers to Berlin mistake the nickname Alex and apply it to the Fernsehturm instead. The Alex also accommodates the Park Inn Berlin and the World Time Clock, a continually rotating installation that shows the time throughout the globe, the 1932 Alexanderhaus and Berolinahaus by Peter Behrens, and Hermann Henselmann's Haus des Lehrers.

Following German reunification the Alexanderplatz has undergone a gradual process of change with many of the surrounding buildings being renovated. Despite the construction of a tram line and the addition of some greenery it has retained its socialist character, including the much-graffitied Fountain of Friendship between Peoples (Brunnen der Völkerfreundschaft). Some monuments around the square are breath taking and I have some pictures to share with you all.

There are also many historic buildings around Alexanderplatz. The traditional seat of city government, the Rotes Rathaus, or Red City Hall (the first picture of this blog), is located nearby, as is the former East German parliament building, the Palast der Republik, demolition of which began in February 2006. And can you believe that it was almost 8:30 pm when I took these pictures below. Enjoy!! 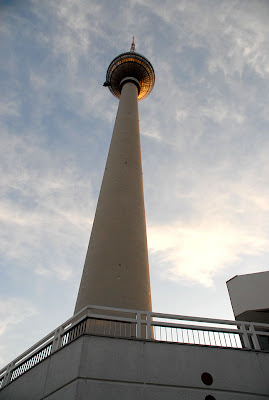 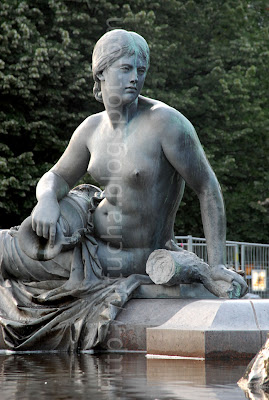 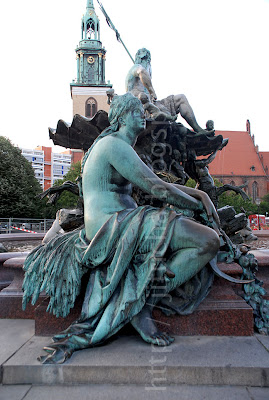 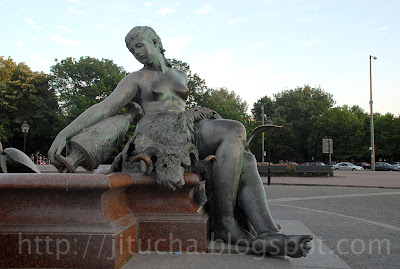 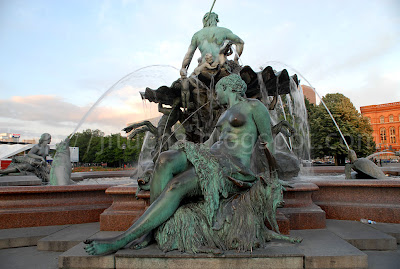 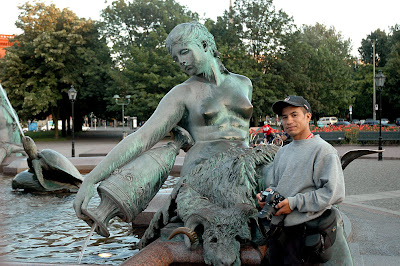 ah!
I wish I cud fly to Berlin to see those beautiful sceneries and those antique portraits. But I can almost view all those things from here as the pics were taken my our best professional cameraman Jitu' cha.
Sangeeta