Berlin has more than 170 museums and collections. They offer everything from the ancient to the ultra-modern - the Egyptian Nefertiti, the greek Pergamon Altar, the painters of the "Brücke" and the "Bauhaus" and works by Baselitz and Beuys. The works found in the city's museums and collections and private galleries are as exciting as they are diverse. 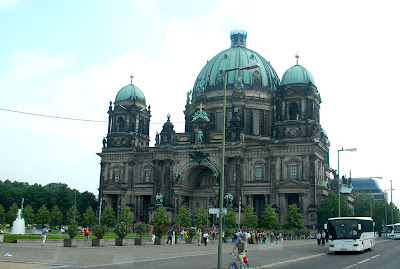 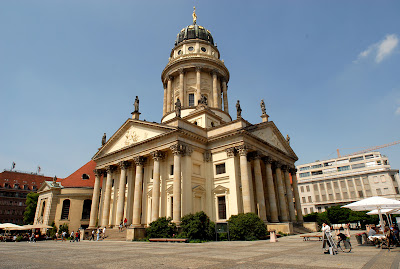 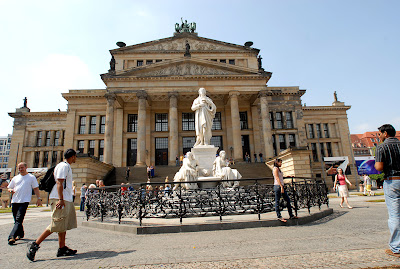 This is Konzerthaus, new building designed by Karl Friedrich Schinkel to replace the Nationaltheater built from 1800–02 by Karl Gotthard Langhans, which was burnt to the ground in 1817. The conception of the Konzerthaus integrates the remains of Langhan's rectangular building and adds a higher, wider, gabled solidium in the center, complete with an ionic columned hall projecting at the front. Following its destruction in the Second World War, the building was initially only made safe, and the systematic restoration of the original design only began in 1979. Since its reopening in 1984 it has served not as a theatre, but as a concert hall. 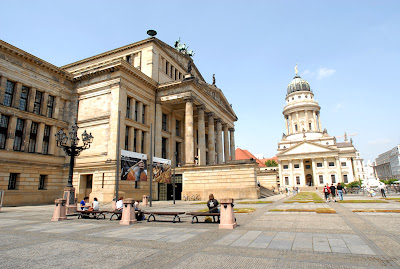 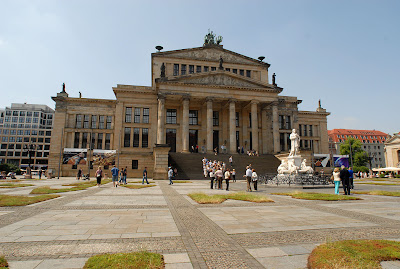 Above four pictues are of Gendarmenmarkt which is one of the most beautiful squares in Europe – we were told that this is a must for every tourist who visit Berlin. Here the Deutscher Dom (German Cathedral), the Französischer Dom (French Cathedral) and the Konzerthaus create a beautiful architectural ensemble. 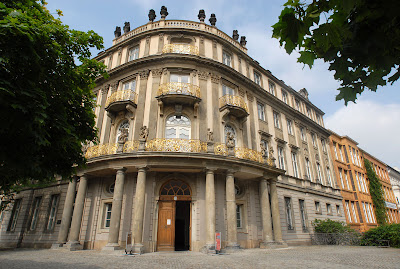 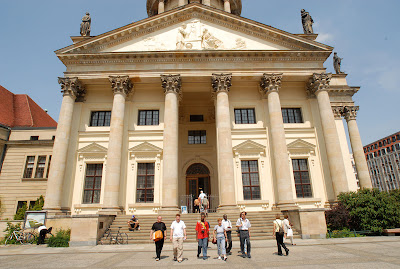 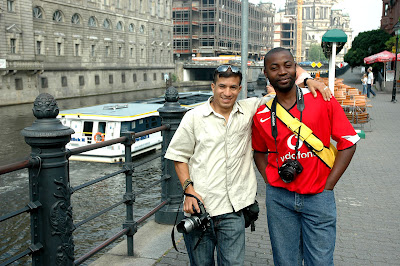 With Richard from Uganda.
Posted by Jitu'cha at 3:24 AM