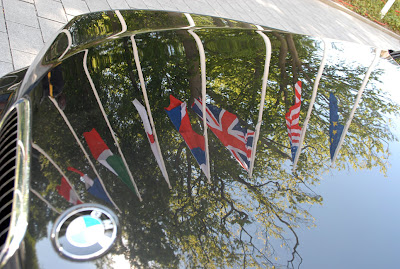 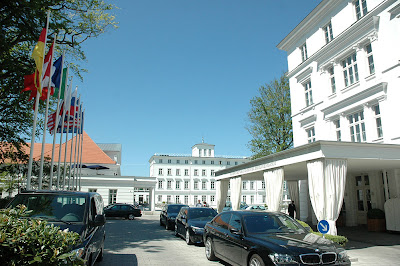 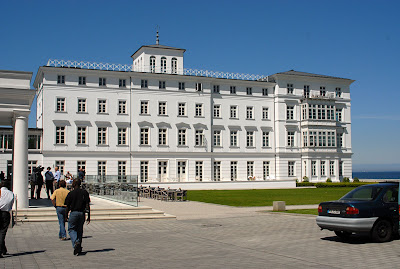 It was definitely a great opportunity for me have this access to take a tour around the G8 Summit venue and get lots of information regarding the preparation for the summit. Germany police security gave a special name “Kavala” for this security task. Kavala is greek work which mean an island with many white houses and since Heligendamm venue for the G8 Summit also has many white buildings they gave it this special name. It’s like America gave the name Operation Desert Strom for Iraq Gulf War.

Well the Group of Eight (G8) is an international forum for the governments of Canada, France, Germany, Italy, Japan, Russia, the United Kingdom and the United States. Together, these countries represent about 65% of the world economy. The group's activities include year-round conferences and policy research, culminating with an annual summit meeting attended by the heads of government of the member states. The European Commission is also represented at the meetings.

Each year, member states of the G8 take turns assuming the presidency of the group. The holder of the presidency sets the group's annual agenda and hosts the summit for that year. The presidency for 2007 belongs to Germany, which will host the 33rd G8 summit in Heiligendamm from June 6 to June 8. 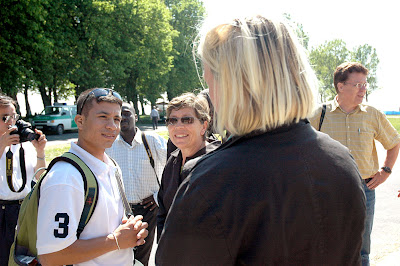 Getting information from translator about the security measure that German police are taking for the summit. 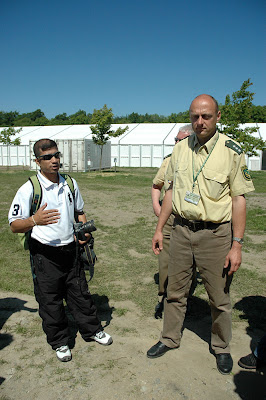 This is captin Tito Scholz, who is responsible for security for meadia person and media spokeperson. He gave us quite a lot of information and even allowed us to take a visit to the camp made speically for check.

Like the German security force gave the name‘Kavala’ for this speical task of securing the venue, this place is truly glorified by white beautiful building of one of the world’s luxsurious resort. It was astonishing to learn how much effort security has put for this task Kavala. Thirteen kilometers of fences with brab wire and highly pretrol by police around the clock. No allowed to carry out any demonstration 200 meters outside this fence. No air traffice is allowed to zoom through the sky, 500 meters from the sea is net so that no swimer is allowed to come. All people need to go through heavy security checks, even media has limited access and they are specified only to attend scelected program of the G8. Well this security measure they take is simply beyoned we can imagine.
Posted by Jitu'cha at 4:50 PM